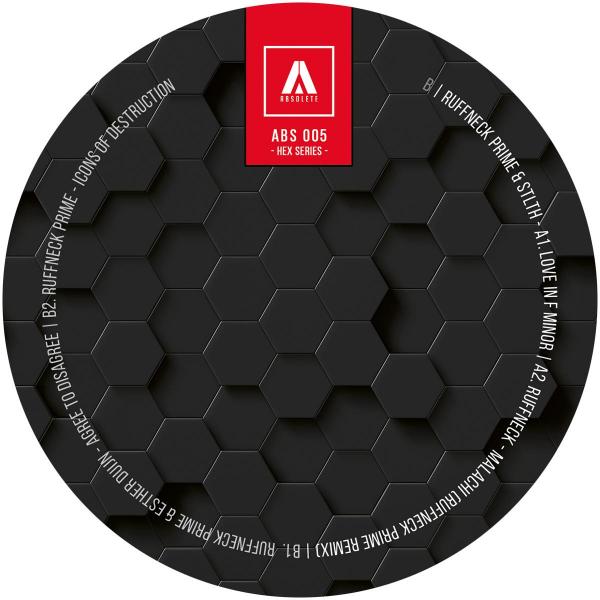 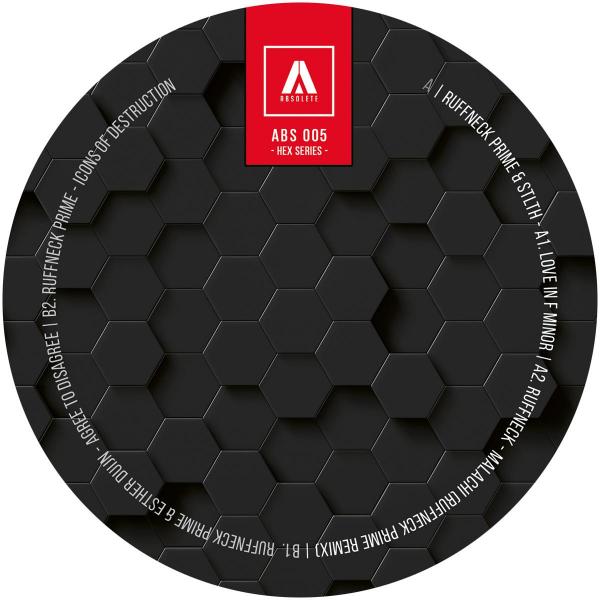 After the very successful ABS 004 EP, Ruffneck Prime returns with the second installment of the so-called HEX series on the Absolete imprint. The vinyl release features 4 tracks all with a different vibe. The A1 made by Ruffneck Prime & STLTH focuses more on the trance side of the acid techno spectrum with a very hypnotic melody line with a twist here and there. Ruffneck Prime also remixed one of his own (originally hardcore) tracks made under his DJ Ruffneck moniker. The gabber tune was carefully ported over to a hard techno version! Then on the B1 side, we find a solid collaboration with Tresor resident Esther Duijn. Deep kicks combined with a raw acid line are keywords for this fine tune. The B2 side truly shows the more dark side of Ruffneck Prime and his love for broken beats as this tune is dark, grimly, and aimed towards the pits! "Icons of Destruction" shows Ruffneck Prime's love for artists like Headless horsemen, Ancient Methods and the likes. All in all once again a VERY solid 12 Inch release!