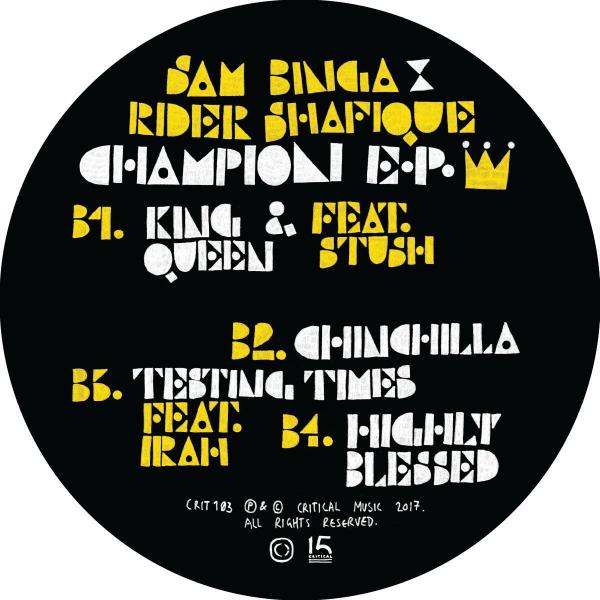 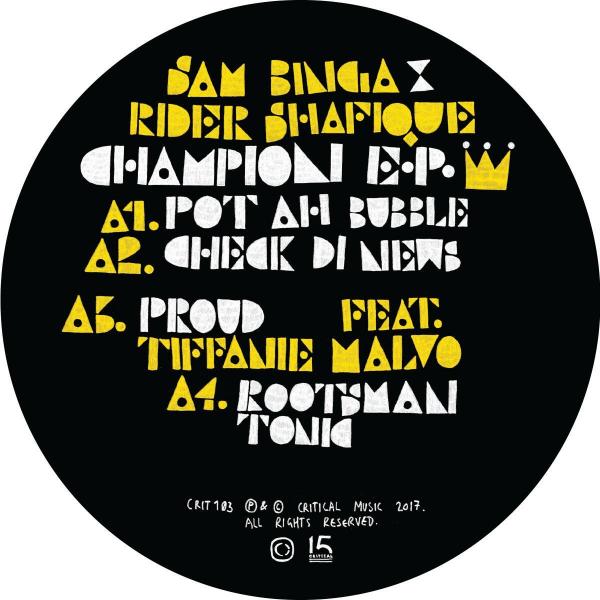 "I've said it before, but dancehall and its influence on UK music has been a massive inspiration for me, going way back to hearing Chris Goldfinger on Radio 1 playing music that was like nothing else I'd heard before. I love that fundamental rhythmic pattern, and I love how within the same world you can have some tunes that are built around the sweetest melodies and harmonies, and others that are built around super-tuff minimal drums and crazy squeeks and bleeps. When it came time to build another EP for Critical, I decided to link up with my good friend and long-time collaborator Rider Shafique, who has a much deeper knowledge of this music than me, and together create something that references both old and new dancehall, while still being playable in the kinds of sets I've become known for. There's no 'halftime' and no chopped-up jungle breaks here - we wanted to make something really focussed and even 'disciplined' - and hopefully we've succeeded. Big shouts to the vocal collaborators - super hyped to work with Stush on a tune, Irah came through with the righteous fire, and Tiffanie Malvo absolutely bodied her beat - but ultimate biggups have to go to Rider. This wasn't a project where I made the beats and Rider voiced them - for pretty much every tune, we worked and reworked the riddims together. We're both stoked on the results, and it seems like people in the dance feel the same way." - Sam Binga