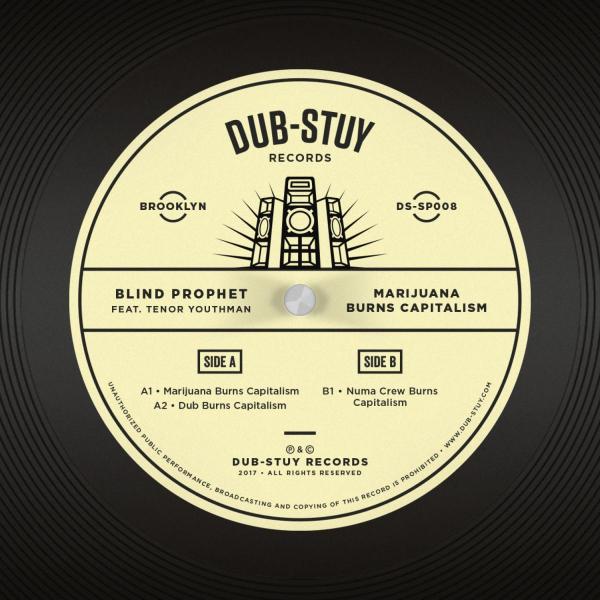 Dub-Stuy welcomes up and coming producer Blind Prophet for a conscious dub release in collaboration with Russia s Tenor Youthman and Italy s Numa Crew. Long Island, New York's Blind Prophet makes his debut on Dub-Stuy Records alongside the vocal talents of Tenor Youthman , one of the founders of Russia s Lion Posse sound system. Marijuana Burns Capitalism is a deep and meditative social statement sure to move the dance and stimulate the heads. On Marijuana Burns Capitalism , Blind Prophet lays down a solid riddim, with a deep driving bassline and a bubbly harpsichord skank, for Tenor Youthman to sing about the liberating properties of hemp in fighting the evils of mass production and capitalism. The result is a simple and effective cut backed by a sparse dub that lets the drums and bass roll out to full effect. The flip side sees Florence s Numa Crew deliver their own fire for the dance with another straight to the chest dub version that focuses on the bassline and Tenor s unique vocal style. A 12 for the massive that continues the uplifting sound system music Dub-Stuy is known for.