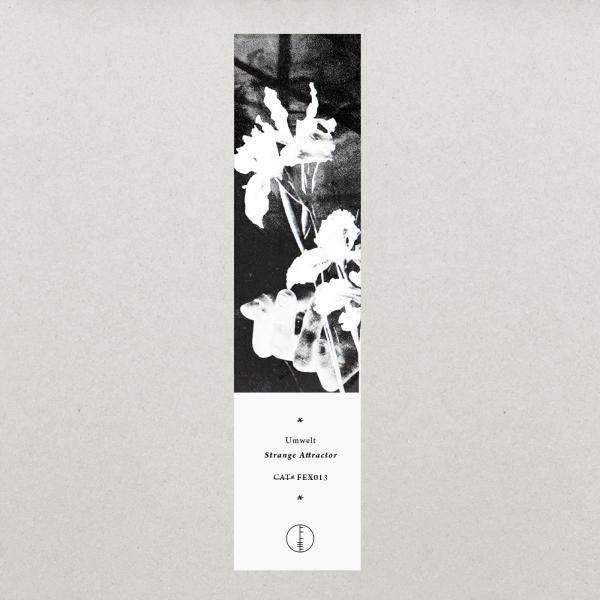 French electronic music stalwart ''Umwelt'' has produced some modern day classics throughout his career. After a string of releases for several renowned music labels this time around, the Lyon based musician joins P.E.A.R.L.'s falling ethics imprint and comes up with the thirteenth installment in the series. ''Strange Attractor EP'' is a well balanced EP that showcases several sides of Umwelt's signature style that sits somewhere on the edges of Techno, Electro, Adventurous Electronics and anything in between. The release opens with a rough machine work-out called ''Nocturnal March''. After this, with "The Collapsing Empire, the sound changes dramatically into one of Umwelt's signature adventures with cinematic electro. The title track (B1) maintains the electro'ish ambiance of ''The Collapsing Empire'' but the french artist adds some taints of paranoia to the mix resulting in a unprecedented dancefloor effort. ''Across The Abyss'' is a treat for anyone that's been into Umwelt cinematic sounding escapades. Three minutes of sweltering synths beautifully aligning with a scorching bassline.