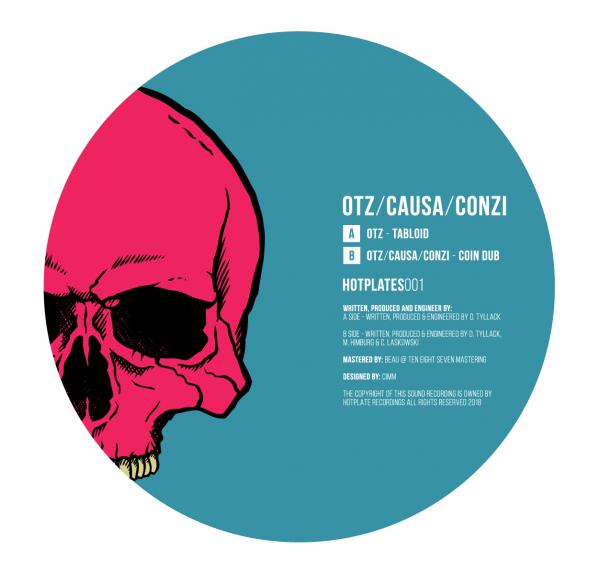 Boutique Portsmouth-based label Hotplates Recordings unleashes its first vinyl, a two-track dubstep excursion from Hamburg producer OTZ. Label manager of the noted Subaltern Records, OTZ has been crafting his sound since 2011 - combining detailed instrumentation with a dub-heavy backbone. Side A, 'Tabloid', has received support from respected independent London station NTS, receiving airplay on NSX' Roll Thru show. The track is a guaranteed rig-shaker with a wonky, off-kilter structure. Side B sees OTZ team up with fellow German heavyweights Causa and Conzi on the sub-filled 'Coin Dub' - a track that has been sought after by fans of the genre for a number of years. Hotplates Recordings places its emphasis on the roots of UK electronic music culture, having grown out of a regular show on Portsmouth pirate and online station Lush FM. With this release the label aims to give fans a fresh take on the original dubstep sound, while also shedding light on the significant talent to have come out of the German scene in recent years.