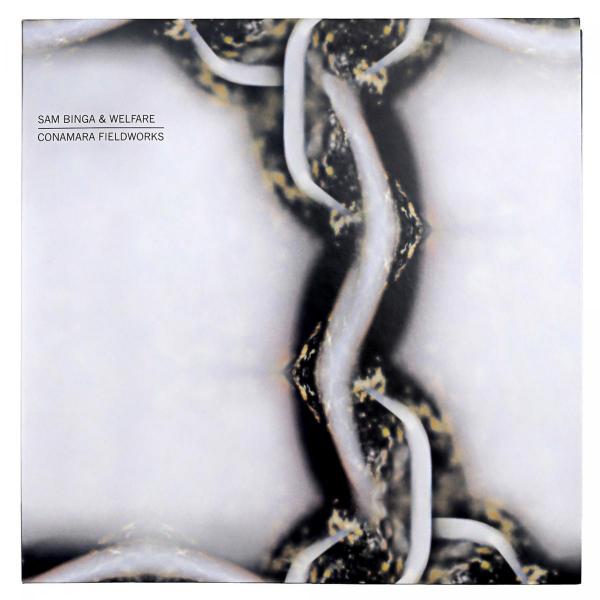 Known for a broad swath of genre-obliterating club tracks on crucial labels including Critical, Exit, and 50Weapons, Sam Binga approached us earlier this year with a radically different kind of project, a collaboration with Welfare, true junglist and label boss at D&B bastion Rua Sound. The result of their team-up is Conamara Fieldworks. Its unique inspiration and patient process are best described by the duo themselves: "In early November 2016, we set off through the bleakness of an Irish November into the wilderness that is Conamara, County Galway, Ireland, with about half an idea of what we wanted to do. Our friend Laney had been kind enough to allow us the use of a 300 year old cottage overlooking the sea, itself belonging to her family through generations which she was bit by bit restoring to its former glory. The isolation was perfect - very little in the way of creature comforts, no network coverage, but plenty of turf for the stove and Guinness for the belly. Our routine for the next few days consisted of trudging the length of the rugged coastline in search of interesting sounds we could potentially process into usable elements for some kind of dub/dub techno-inspired composition...This took us inside tidal caves and abandoned ruins, across sheep fields, up and down mountains and winding country lanes, in and out of the odd pub, under upturned boats and (carefully) across huge washes of seaweed-covered shoreline. Using our handheld recorder (shouts Danny Scrilla for the lend) we assembled a palette of varied noises, constantly battling with the peaking and distortion created by the incessant Atlantic gusts. Each evening, following some intense huddling around the stove and vital Irish home cuisine and stout, we'd examine and dissect what we had collected that day, sometimes discovering the most interesting material firmly planted in the background of the soundscapes. A certain amount of (but not too much) processing later we had the bones of a few short loops of each sound which made some kind of musical sense when played alongside each other. Binga suggested staying true to the craft and keeping the rawness to the foreground by attempting to develop the loops into full compositions via live desk mixing, arrangement and effects. We said our goodbyes to Conamara and a month or two later said our hellos to the Dubkasm shedio. Following a crash course from the dynamic duo, we set to work for the day, learning as we went along and enjoying to the full the unpredictability, intuition and sheer vibes a dubbing session can bring, particularly in a studio kitted out with some fine analogue gear which undoubtedly helped us to keep that damp, saturated feeling that Conamara had sown." The resulting collection of music speaks for itself, and does so in its own language. It is meditative, deeply textural, and richly saturated, with awesome sound design, generous bass weight, and dubwise finesse. Referencing ambient, concrete, and dub techno while never letting any genre dictate its path, Conamara Fieldworks is a deeply rewarding and intensely involving listen. A restrained yet transporting remix from the one Ossia completes the set.