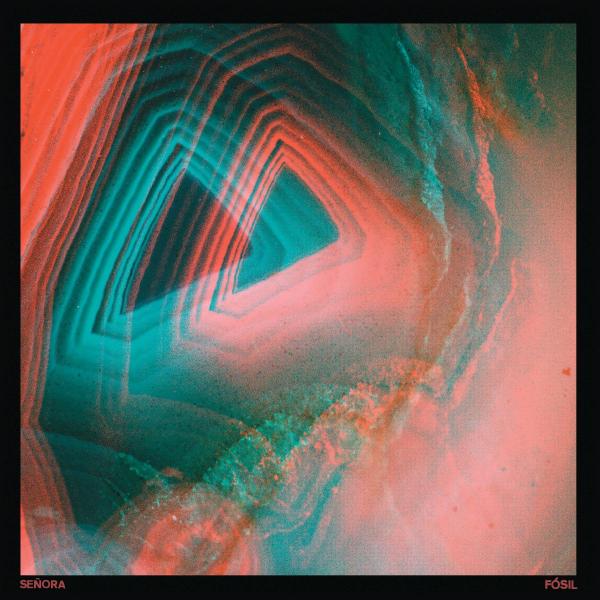 US based label, Lurid welcomes Spanish producer Senora for a stunning new double gatefold album entitled "Fosil" that showcases his unique take on hypnotic rhythm, found sounds and sampling. Senora became a firm favourite with the likes of Andrew Weatherall (R.I.P.) and Sean Johnston for his rugged grooves and innovative approach to production, melding the sounds of machines, animals, electricity and other weird noises in a flurry of FX and sonic experimentation. He debuted on this label in 2017 and has also landed on Shango Records, Night Noise and LNDKHN since then. Now based in Berlin and a regular at clubs and festivals round Europe he offers up a debut album that features nine stunning pieces that "aim to reflect on the next evolutionary steps of the human race". The otherworldly Preludio: Ocaso Hominido" kicks off with a swampy bass sound overlaid with cosmic details and downtempo drums. It's a brilliantly mysterious opener than leads on to "Antropoceno", a spacious soundtrack with bubbling synths, undulating drums and plenty of sonic details that paint a picture of a starry night sky up above. The tumbling drums of "Segundo Sexo" sink you into a dubby reverie with bird calls and wordless vocal sounds mixing with percolating percussion. The excellent "El Elefante Que Siempre Andaba Solo" is a perfectly flabby and chugging dark disco cut with bright chords and scintillating drum work while "Codigo y Marfil" is a futurist landscape in outer space with modulated synths and deft astral details making it colourful and cinematic. This most escapist of listens then plays out through the supple bass warbles and spacecraft sound effects of the entrancing "Papaver Somniferum" and churning drums and twisted bass funk of the brilliantly slow burning "El Ultimo Discurso" before closing on "Fuga: La Gran Desconexion" a downbeat offering with myriad pads circling the skies above a deeply rooted rhythm. This is a hugely atmospheric album of perfectly realised inter planetary sounds, the whole thing taking you on a cerebral and evocative journey far away from here. Supported by: Tim Sweeney (Beats In Space), Dr. Rob (Ban Ban Ton Ton), Balearic Mike, Elena Colombi (NTS), Andrew Wowk (Decoded Magazine), Faze Magazine Germany, DJ Mag Espana, Future Music UK, ClubbingSpain.com, and others.