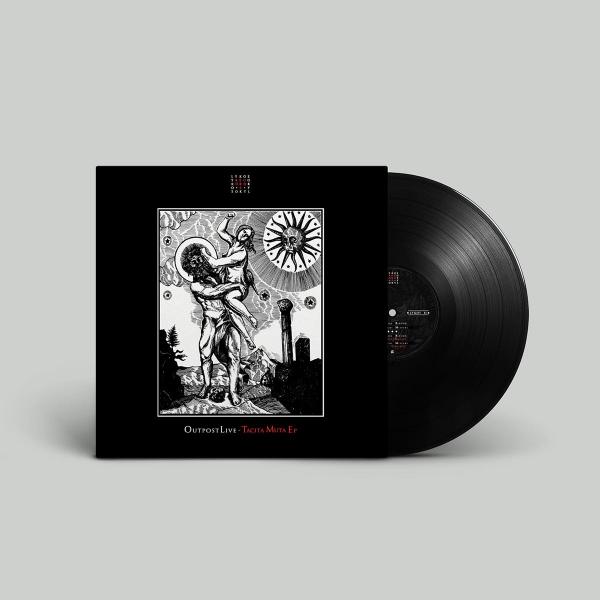 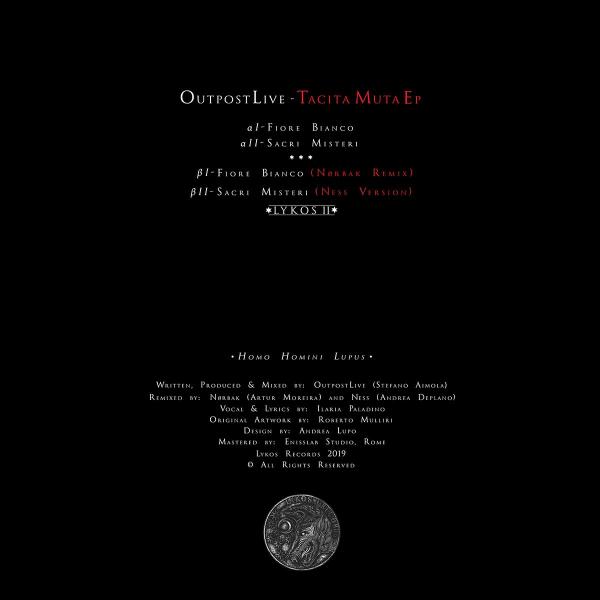 For its second release "Tacita Muta", Lykos Records has enlisted a new legionnaire called OutpostLive to tell the tale of the Goddess Tacita, the female personification of eternal silence. The myth was told for the first time by Ovid. Lala (which in Greek means to speak) was a beautiful girl courted by Jupiter, who punished her for having revealed their romance to his sister. She had her tongue cut off by lightning and was condemned to silence forever. Then she was sent to the kingdom of the Underworld accompanied by Mercury. OutpostLive reenacts this ancient Roman myth and guides us on an enchanting and magical journey to the Underworld. "Fiore Bianco" evokes the voices of dead souls arising from the obscure abysses, broken only by some pads and harmonies. Norbak, on the other hand, brings a brief glimmer of light into Tacita's underground journey with its strident and brilliant sounds, a metaphor for Jupiter's bolt lightning. The plot then thickens with "Sacri Misteri", with its insistent bass channeling Tacita into a vortex of flames. The escape route is finally offered by Ness, who brings Tacita back to the surface. The journey ends on an ethereal note, thanks to repeated sounds and rhythms, suspended between earth and sky. - Homo Homini Lupus - NOTE: The black 12" vinyl, 140 grams, is presented inside a matte black and scratch-resistant cover that frontally presents an illustration hand-made by the Italian artist Roberto Mulliri which through Indian Ink technique depicts a scene taken from the myth of the Tacita Muta, the artwork is inspired by the music contained within the vinyl. On the back of the cover there are tracklist, the credits, the label's motto and the Lykos Records logo placed centrally below.