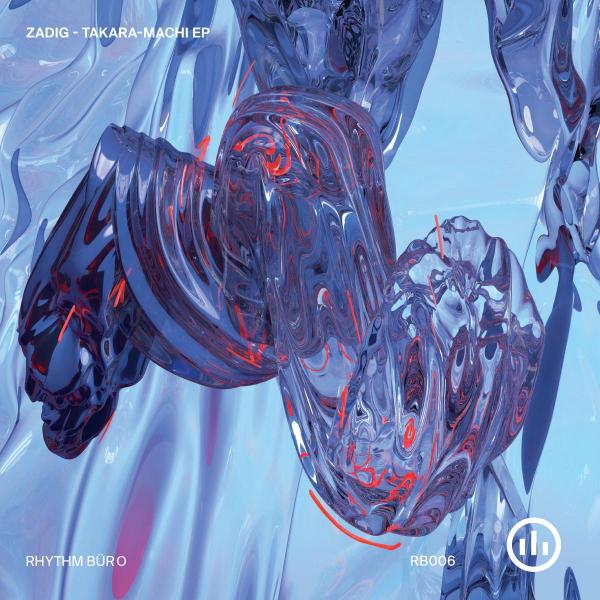 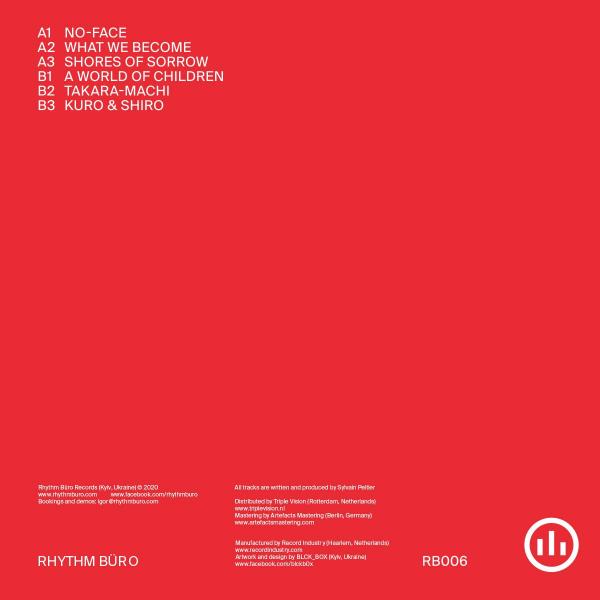 For years, Rhythm Buro and Zadig have maintained a special relationship. The French DJ and producer (real name Sylvain Peltier,) became involved with the Ukrainian institution when he headlined their first party in Kyiv back in 2014. In the few years since, both Sylvain and Rhythm Buro have developed into strong international brands that have become well-known and trusted. They are thus ready to present another form of collaboration: Zadig's debut record on the Kyiv-based label. "Takara-machi" EP is the sixth release in Rhythm Buro's catalogue, following previous releases by Haze, Na Nich, Cyspe and a few VAs on the imprint. RB006 is particularly notable for its sonic diversity. Zadig, often known for his uncompromising and hard-hitting techno ventures, explores a deeper musical side here, and delves into his wide range of influences and inspirations. A good example of this is found in the manga series "Amer Beton", with the excellent soundtrack by Plaid, hence the Japanese name for the record's title track. At least three of the six tracks on the record follow this influence precisely and are rather cinematic: these are A and B sides' closing tracks; "Shores of Sorrow" and "Kuro & Shiro". Both of which play to a certain dreamy ambient field. The title track on B2 exemplifies Zadig's passion towards an old-school 100 bpm-ish tempo. And then there's the more dancey side of the record. The EP's opener, "No-face" on A1, and its following tune on A2, "What We Become" are both a clear take, albeit more modern, to classic Detroit techno. Rich with melodies and 909 patterns, both A1 and A2 are conscious in their reference to Detroit, and pay homage to the master minds that spawned the genre in their studios 30 years ago and started it all. The B-side's opening track is another dance floor friendly stomper, although in a different way: "A World of Children" may be best labelled as "slower-electro". Its synth-heavy, almost naive essence, describe its name perfectly. Despite its aforementioned diversity of sound and tempos, Zadig's "Takara-machi" EP still possesses and maintains a unique commonality and voice across the spectrum. It is dreamy, it is soulful, it puts substance over form. In other words, it has something the vast majority of today's techno palette is missing. Rhythm Buro doesn't miss the mark in unearthing and releasing pure quality for those who know and care.