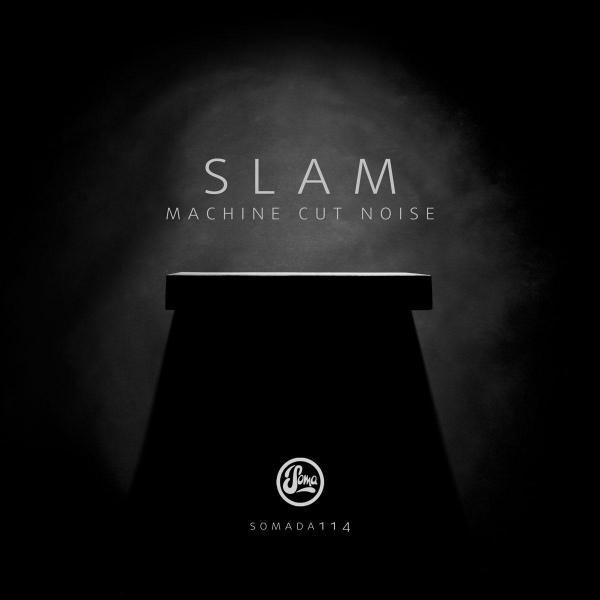 Techno duo Slam present a brand new artist album 'Machine Cut Noise'. With the double vinyl album, Machine Cut Noise, Stuart McMillan & Orde Meikle delve into the everyday workings of what makes us human; with life, so to speak, running at the very heart of album. Much of their time is spent on the road, therefore, many of the original ideas for the album were created in airports, hotels and where ever the two found themselves inspired around the world. This created a vibe that each track was born of the modern machine itself. These concepts are quickly prevalent on the album with every track has a singular purpose or energy unique to itself. Emotive or programmed piece, there is a feeling that the way it has been constructed has been paved by the machines which surrounds us. Slam have spread the net in terms of production on this album, basing it around their grander tastes in electronic music with the opening pairing of Inauguration & The Afore Mentioned veering into more dystopic sounds and the likes of Viginti Quinque, Ecclesiastic & Evite providing the harder edged themes in the first half of the album. The haunting sounds of Psalm & Anagram bring tension throughout, delivering shades of the future with buzzing, sombre chords set to static interference before one more peak time burst in Corridorsallowing the duo to close out the album in an exceptionally refined way with Obstacle curving slowly downward leaving the ethereal soundscape of Fine. The pair have lately been on consistent form with a highly prolific run of singles and remixes including the critically acclaimed 'Soma Track Series' all housed on their label Soma Records which is currently celebrating 25 years at the cutting edge of electronic music.