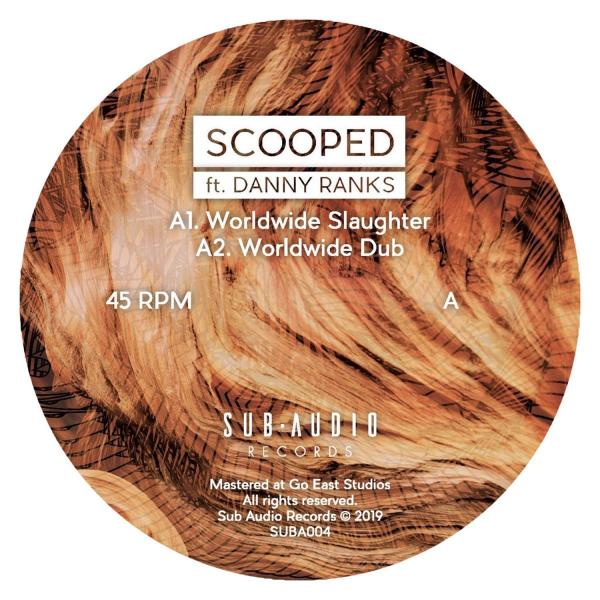 Dubwise. Seizing the spotlight for Sub Audio Records' fourth 12" pressing, Vienna's very own Scooped untethers his long-awaited debut vinyl release. The skilled craftsman arose out of the boiling melting pot of Austria's thriving Dub and Dubstep scene and has been actively shaking up dance floors with high-grade productions since 2015 - receiving recognition from the likes of Joe Nice & Truth in the process. Musically rooted in the spirit of Reggae and Dub, the release features a collaboration with acclaimed vocalist Danny Ranks, who's gifted lyrical performance - music with a message - perfectly matches the irreproachable instrumental - a profound Dub cut succeeding in a traditional version style, drenched in tape delays and otherworldly reverb. Turning to the B-Side, the imprint welcomes none other than the heavyweight sound system and musical veteran Dubbing Sun to the family and mixing desk - serving a super-charged signature style Stepper's remix with relentless might. Concluding the record in reflective excellence, label owner and operator Gnischrew manifests his sonic technique through an ephemeral take on the original, inducing a final instance of pressure-assisted meditation at 140 BPM.